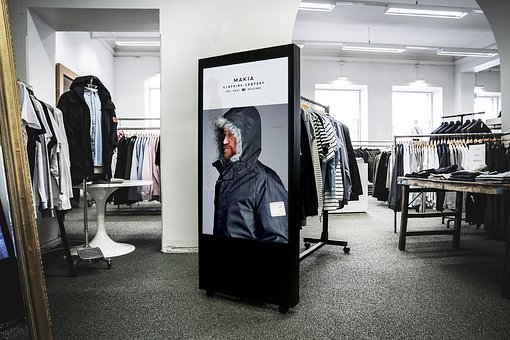 You know who they are.

Their names may have already popped into your head. Every company has them.

Some retail companies have quite a lot of them.

So, who are they?

Their stores are immaculate. Visual presentation is near perfection…always.

They have the company dress and grooming code nailed…not a thing out of place.

They never say a wrong word about anything…their opinion is always what is expected – positive, upbeat, agreeable – no matter what.

They get special attention and special assignments from their DM and Head Office.

Their stores are often used as test stores.

In fact, they get preferred everything…because they are H.O. Darlings.

Some of them will eventually do something out of character or just go off the rails for whatever reason…get tired of the business and leave.

Others will be promoted to their level of incompetence and then everybody should look out because they are the most dangerous for the operation.

Still others will just continue in the job for…well, forever.

And, of course, for some everything turns out just fine.

They make a great contribution to the retail organization and they are happy, productive members of the retail profession.

In these cases, everything turns out well for all concerned.

One H.O. Darling we know was the Store Manager of a high-volume store – the highest in the district, actually – located within a 45-minute drive of Head Office.

She had been with the company for a long time…about 10 years. She knew a lot of Head Office staff.

She had attended no less than 9 annual Store Manager meetings and was often invited to DM conferences and special training programs.

She was involved in a never-ending stream of Head Office meetings about policy and procedure changes, seasonal merchandise reviews, technology upgrades and investments, hiring, etc.

This H.O. Darling was out of her store more than she was in it. This is common and that’s why the staff and management teams of H.O. Darlings are often overworked.

Extra wage dollars/hours were allocated to her store because she was busy doing lots of Head Office related things as well as doing tests for the merchandise department.

She, of course, made a well reasoned case for lower targets and extra hours and/or headcount.

She got very little resistance because that’s how it works with H.O. Darlings.

The Assistant Manager was actually managing the store but without the recognition or the salary that goes with the position.

The store hit most of their targets and was often celebrated but very often didn’t do LY numbers. All things being equal, that fact alone should signal a problem.

This all sounds quite cynical, don’t you think? Why are we even discussing H.O. Darlings in this manner?

Because many people are being underserved in an environment where H.O. Darlings operate, particularly when they are not properly managed.

Remember, their direct superior may have once been a H.O. Darling him/herself and just doesn’t know what s/he doesn’t know.

The Store is not held to the same standards for top line sales and wage cost achievement as other stores are.

Why? Because she has made the case and whether the case is sound or not, the right people have listened and agreed.

The other Store Managers don’t have the ear of those people so they get the targets assigned to them and get on with it…trying their best to achieve the numbers, as they should.

That is, after all, the lions share of the job, is it not?

The Assistant and staff are being unduly put upon and they are not being developed properly.

To be sure, they learn and experience more due to the added exposure to company management and inner workings, but they aren’t necessarily learning about the accountability of Store Management to achieve as much as they could.

The other Store Managers in the district are not being developed in the same manner and they are not receiving the same perks as the H.O. Darling is.

That certainly will become a motivation issue. There is no getting around that.

The visual presentation of the high-volume store is being held up as a district or company standard when there is absolutely nothing at all standard about it.

An experienced visual team, with plenty of labor hours not charged to the store, come in and work with the store staff to ensure visual presentation is always perfect.

That’s the beauty of being the test store.

Expecting other stores to perform at that level with a fraction of the resources in time or expertise, is just lunacy.

It’s unfair and it will demotivate the teams.

Of course, there are some downsides to being a H.O. Darling but they are usually outweighed by the upside.

It’s not all sunshine and roses managing a test store in close proximity to Head Office; getting non-stop visits from executives and other Head Office personnel and being subjected to the critique of every single Head Office person who stops by – qualified or not.

But it certainly does provide a lot of benefits that other Store Managers simply don’t have access to and that probably is not fair and, most certainly, is not good for the business.

Does it have to be this way?

Now, it is reasonable and sometimes even necessary that one store is used for testing, for new merchandise roll-outs, new set-ups, new programs of any sort.

It is also reasonable to want the test store to be fairly close to Head Office and to have a solid Manager and staff in that store.

Very often, that store is a high volume, flagship store because that is where the company could reasonably expect to get the most significant test results.

As such, it should be setting the pace in sales and just about every KPI for the district and perhaps the company.

To avoid the motivation issues which would so easily arise among the other Managers, the expectations of this test store…or privileged store…must be very high.

Something to think about if a name or two popped into your head when you first started reading this story.

JOIN RETAIL BUSINESS ACADEMY (Click on the Banner Below)