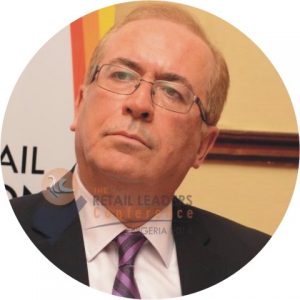 Matt joined Sony as a sales representative and played an important role in the development of Sony’s retail division at increasingly more responsible managerial positions.

As the National Sales Manager for Sony’s retail division, he was instrumental in expanding the company stores from a handful to over 100 units, while posting sales increases of 30% in 2 consecutive years.

After leaving Sony, he worked in Information Technology System Integration companies such as The Praxium Group, Bell and Generation5, specializing in retail infrastructure systems as Regional Manager and Vice President of Sales and Marketing.

After a considerable stint in the Retail Business Intelligence area, he joined DMSRetail Inc. as Senior Consultant and EVP.

During his sales and sales management career, Matt has generated more than $750 Million revenue and has been responsible for sales organizations as large as 1000 salespeople.

Matt is a great story teller and, with years of retail and related experience, he provides his audience with a wealth of real life examples on the ‘why’ and ‘how’ of best practices in just about every area of retail.

Matt has extensive knowledge about the retail industry, gained through formal education, work experience and a keen interest in business and world affairs.

He is the author of numerous books and articles in Retail Performance and Managerial Productivity.

Matt received Bachelor and Master of Science degrees in Engineering from the University of Birmingham in the UK.