// Retail sales slump by 1.1% in May as the cost of living crisis continues

// Like-for-like sales were down 1.5% for May compared with the same month a year earlier

It represents a slowdown in shopping activity following an average growth of 0.7% over the past three months.

Meanwhile, like-for-like sales were down 1.5% for May compared with the same month a year earlier.

Sales figures are not adjusted for rising price inflation, meaning sales volumes are expected to show a much sharper decline.

“Meanwhile, online sales appear to have stabilised as a ‘new normal’, around nine percentage points above their pre-pandemic levels, but well down on the lockdown peaks.

“It is clear the post-pandemic spending bubble has burst, with retailers facing tougher trading conditions, falling consumer confidence, and soaring inflation. Supply chain issues including rising commodity and transport costs, a tight labour market and higher energy bills are forcing retailers to increase their prices, contributing to wider inflation. Profits may be squeezed further, as retailers make significant investments in their own operations and supply chains to mitigate against future price rises for consumers.”

KPMG UK Head of Retail Paul Martin : “For the second month in a row UK retail sales declined, highlighting that consumers are becoming more sensitive to the cost of living.

“Non-food purchases related to the home, such as furniture, home appliances and computing, suffered the biggest falls in spending in May. Online, although still significantly higher than before the pandemic, has now experienced a double-digit decline over the last three months.

“There was better news though for clothing, footwear and accessories sales, with both in-store and online purchasing driven up by the approach of the summer season and the promise of outdoor events and travel firmly on many consumers’ radars.

“The rising cost of living is going to remain the main story for retailers for the immediate future, with consumer confidence a key factor to watch out for. Retailers will be hoping that a post-Jubilee and summer feel-good factor begins to improve confidence amongst some shoppers – as presently overall confidence levels are lower than sales may suggest.
Cost and efficiency will firmly be top of agenda for most operators, and understanding how they can protect their margins whilst remaining price competitive for consumers.” 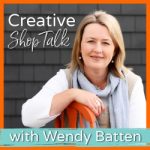 Next Article 60. How Focused Learning Increases Can Grow Your Business

The business has been transformed in the last three years into a digital-first, direct-to-consumer omnichannel brand. // Unbound Group to open marketplace offering selected other […]

In the USA, Veterans Day annually falls on November 11. This day is the anniversary of the signing of the armistice, which ended World War […]

Matalan lenders line up advisers ahead of crunch refinancing talks