This audio is auto-generated. Please let us know if you have feedback.

Snapchat seeks to cross-pollinate eBay’s more than 142 million buyers with its users.

The platform has been courting brands and retailers over the past couple of years. Before teaming up with eBay, Snapchat collaborated with Poshmark to create the Poshmark Mini shopping experience within Snapchat last May. The platform has also partnered with brands and retailers like American Eagle, Walmart and Hollister to create AR shopping experiences within the app.

Snapchat’s AR shopping push comes as the social commerce market is expected to grow. An Accenture report estimates that the international social commerce industry will reach $1.2 trillion by 2025, which is three times as fast as traditional e-commerce. The growth is expected to be driven by Gen Z and millennial consumers who are digital natives. Snapchat’s internal research found that 92% of Gen Z consumers want to use AR tools for online shopping, suggesting that younger consumers have an appetite for in-app AR experiences.

As Snapchat tries to add more brands and users to its platform, the social network faces other financial challenges. Its Q1 2022 earnings report noted that it grew its daily active user base by 18% to more than $332 million, and its revenue rose 38% year-over-year to $1.06 billion.

However, at JPMorgan’s 50th Annual Global Technology presentation on Monday, Snap CEO Evan Spiegel warned that the company’s revenue and EBITDA is expected to come in at the low end of its guidance issued for the second quarter. “The macroeconomic environment has definitely deteriorated further and faster than we expected,” he said on a conference call.

Spiegel noted that supply chain issues, inflation, concerns about interest rates and geopolitical unrest have impacted Snap, as well as other businesses.

Following the company’s Q1 earnings, Spiegel on a call with analysts highlighted the potential of AR technologies to drive business for participating retailers and brands.

“We found that by partnering with retailers and fashion brands that if we can actually use their real products in augmented reality, it dramatically improves conversion for those businesses and so it can lead to higher sales,” Spiegel said. “And we’ve also done some work on fit and size to try and help people find the right size, which we found can really improve the rate of returns for merchants as well. And so we have the strategy really to use augmented reality to both improve the top and bottom line for retailers and, of course, radically improve the customer experience.” 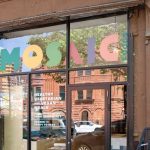 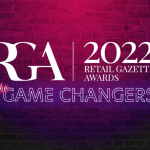 Why Retailers Can’t Ignore The Power Of Sound (2022)

This article was written by Charles Gadsdon, the Global Director of Growth at international music and sound creative agency MassiveMusic. Yo-Yo Ma is one of the […]

Canadian Tire Corporation has launched its first-ever active activewear brand Forward With Design, which has been designed, developed and incubated in-house for active, on-the-go Canadians. […]