Lidl takes Tesco to court over claims it ripped off logo

// Lidl and Tesco are set to battle it out in a £2.35m court case as the German discounter accuses Tesco of infringing its trademark with its Clubcard Prices logo

Lidl is set to take Tesco to court as it claims the UK’s largest supermarket has ripped off its trademarked logo to promote its Clubcard loyalty scheme.

The grocery giants are set to spend £2.35 million to bring the case to court.

The German discounter will claim that Tesco has exploited the background to Lidl’s trademarked logo, which consists of a blue square containing a yellow circle with a thin red border, to promote its Clubcard discounts.

Tesco uses a yellow circle cropped onto a blue square to promote its ‘Clubcard Prices’, which it launched three years ago, which Lidl claims infringes its trademark.

Lidl, which first went to court last year over the allegedly similar-looking logos, is seeking to ban Tesco from using the background on Clubcard Prices in store.

In a pre-trial hearing, Mrs Justice Joanna Smith explained: “Essentially, Lidl says that Tesco is seeking deliberately to ride on the coattails of Lidl’s reputation as a “discounter” supermarket known for the provision of value.”

Lidl will use the results of a customer survey, in which respondents were shown the disputed background without a name attached, that found that consumers associated it with the discounter.

Tesco’s bid to have the survey evidence ruled inadmissible because of what it claimed were leading questions was thrown out by Justice Smith.

Tesco is estimated to be spending £1.19 million on trial, while Lidl’s legal costs total £1.17 million, which the judge said reflected “how key this brand dispute is to both parties”.

A date for the court case has yet to be set. 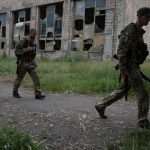 In pictures: Inside Asos’ first-ever physical stores in Nordstrom

Images: Asos // Asos has unveiled its first in-store collection in partnership with Nordstrom in the US //This is the first time ever Asos has […]

The study gathered views from those who work in the garment industry. // Experts call on major retailers and government agencies to improve garment workers’ […]

Aldi predicted to overtake Morrisons by 2023

Aldi is predicted to to overtake Morrisons as the UK’s fourth largest supermarket in less than a year, according to the most recent Kantar results. […]