This audio is auto-generated. Please let us know if you have feedback.

Raised expectations for sales may be a signal that consumers are trading down to the extreme-value sector, but the overall picture of Q1 was mixed for both Dollar General and Dollar Tree.

At the larger Dollar General, executives now expect a comp sales increase for the year of 3% to 3.5%, up from previous estimates of 2.5%. But the comp decrease in Q1, which according to executives followed traffic declines and the lapping of stimulus payments in March, means the retailer has lost some organic sales during a quarter where consumers began reacting strongly to inflation in the economy.

Neil Saunders, managing director with GlobalData, said in emailed comments that “in an inflationary environment where consumers are squeezed [Dollar General] should be capable of generating much better comparable figures by attracting more shoppers, especially as it is a local shop that many don’t need to drive far to thus saving on gas.”

For now, Dollar General is generating sales growth with new stores rather than organic sales. Breaking down the comparable sales decline, there were falls in the seasonal, apparel and home categories, while (lower-margin) consumable sales increased. At the same time that the company faces pressure on sales, its costs are increasing throughout the business.

Dollar Tree Inc.’s companywide performance overshadowed starkly different stories between its banners. The eponymous Dollar Tree chain got an outsized bump from the introduction of the increased $1.25 price point across much of its assortment. Family Dollar, meanwhile, saw sales and profits fall.

Part of the issue there was Family Dollar’s closure during the quarter of an Arkansas distribution center that was infested with rats, which also prompted product recalls from the center and the temporary closure of more than 400 stores, following a warning from the Food and Drug Administration. On top of the closure, the company has been sued by Arkansas’ attorney general and received 13 related class action complaints across several states, and it could face further government investigations.

The company said in a securities filing that comparable store net sales decreased by 0.8% at Family Dollar without the store closures related to the rodent-infested distribution center. That means the closures accounted for nearly two-thirds of the sales drop at that banner along with a hit to earnings.

Even with those issues, the company raised its forecasts for both sales and profits for the year.

While both retailers could benefit from customers seeking out the lowest prices in the market, they also face the dual pressures of rising business costs and the need to keep prices low to meet those customers’ needs.

As Moody’s retail analyst Mickey Chadha said in emailed comments, “The core customers of dollar stores are in no position to afford higher prices and these companies will need to absorb most of the higher costs.” 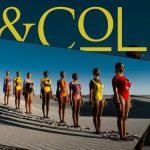 Dive Brief: Almost a year after opening its first store, Wilson Sporting Goods on Tuesday announced its second store in New York City, according to […]

Building a Machine Learning Pipeline with Cisco Intersight and Kubeflow

This article was co-written with Michael Maurer, Cisco Intersight’s Technical Marketing Engineer. See the previous article in this series: Get Ready for Machine Learning Ops. […]