Costco plans to open three new stores in Melbourne and Geelong within the next two years, investing up to $150 million.

CEO Patrick Noone told The Australian in an interview that potential sites were identified near Melbourne’s CBD, and at Officer and Geelong. Each store will be allocated $50 million, with the projects now depending on zoning and council approvals.

“We are growing quite nicely, and Melbourne is a big city. For us, business isn’t slowing down in Melbourne,” said Noone.

“Melbourne is a growth area and we’d like build there as soon as we get the approvals.”

During the Covid lockdowns, Costco remained a ‘destination shop’ for Melbournians as members travelled long distances to shop at the store, buying in bulk when regulations allowed.

According to The Australian, Costco Australia’s sales in the year to August rose from $2.6 billion in 2020 to $2.8 billion last year. Strong online growth helped the company double its profit to $46.39 million. 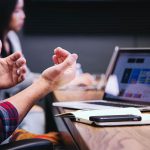 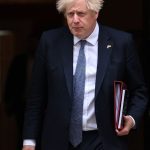 Next Article Your Tuesday Briefing: Boris Johnson Stays in Power

With the business environment stabilizing, Montreal is experiencing improved activity in the retail leasing market.     A report by commercial real estate firm JLL […]

Continued strength in the e-commerce retail space is fueling a huge demand across Canada for industrial real estate to keep up with the demand. “The […]

How Retailers Can Keep Up With Retail Consumer Trends

Trends become opportunities. That’s what I heard when I was an invited guest at IBM’s massive “Amplify” conference in Tampa.  This is the first of […]