Are retailers prioritising budgets over sustainability? 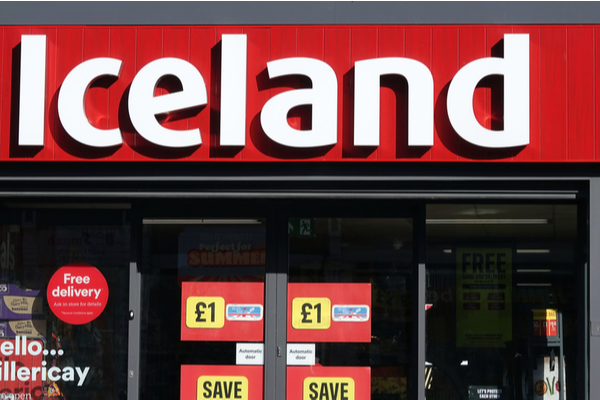 As the cost-of-living crisis continues to wreak havoc in the UK’s retail sector, keeping prices as low as possible is top of mind for all retailers.

This is hugely important during a time when some are having to choose between heating their homes or eating.

However, there are already signs that this laser focus on keeping prices low has meant another crucial focus for retail has been placed on the backburner – sustainability.

Iceland managing director Richard Walker, who has pioneered many sustainable initiatives over the past few years from becoming plastic-free by the end of the year to stamping out the use of palm oil, had had to back track on these green ambitions due to current macro-economic conditions.

Walker says the U-turn has been made with “huge regret” and admits to Retail Gazette that Iceland is currently in “survival mode” right now to overcome disruption and keep stock on the shelves.

“This is about survival,” he says.”If you want to have a profitable growing business, you can’t always do it sustainably.”

Retailers have been fighting myriad external pressures over recent years which have had an impact on environmental projects.

The war in Ukraine derailed Iceland’s palm oil ambitions after it led to the “complete unavailability of sunflower oil”, which has forced the grocer to temporarily move back to palm oil.

Meanwhile, the retailer says Covid and a lack of progress within supply chains have delayed progress in finding alternatives to plastic.

Walker says: “The last two years have provided major setbacks: we’ve had to fight to keep the nation fed during a pandemic, when the use of plastic packaging went up by 6%.

“There was a dramatic switch to online shopping, which was also using more plastic. And the focus, investment and momentum across the industry in plastic alternatives not unsurprisingly stalled.”

Iceland’s head of packaging, quality and food safety Stuart Lendrum adds: “It’s been very hard to get into factories and do trials over the last two years on different materials.” Due to Covid restrictions, our factories are very sensitive.”

However, a plethora of other pressures are weighing down on the retailer right now.

Along with an increasingly squeezed customer base, their own costs are going through the roof.

“We’re facing unprecedented pressures from the rising operational costs through wage increases, but also through electricity cost increases, which are going to devastate the company,” says Walker.

Iceland was hit with a £19 million bill in the first quarter thanks to its reliance on freezers.

Lendrum admits that it costs more for Iceland to become more sustainable.

“This is about survival. If you want to have a profitable growing business, you can’t always do it sustainably.”

Despite this uplift in cost, shoppers are not prepared to pay more for sustainable products. Tesco CEO Ken Murphy said in April that customers expect Tesco to provide them with great product at the best possible value.

“They don’t expect to pay for the privilege. We’re very conscious that we have to find ways of doing that through efficiency.”

Walker, whose father Malcolm founded Iceland, insists that the retailer has not “given up” on its green ambitions.

However, he says right now it needs to focus its energy on the 30,000 workers who rely on it for a paycheck, as well as five million customers each week that need to put food on the table for their families.

“Fundamentally, we’re not an NGO, as my dad likes to remind me,” Walker laughs.

“Obviously, I wish we would just scrap all plastic immediately, but then the business wouldn’t be profitable. So we have to try to strike a balance.

“My dad created Iceland, which is now a growing chain of 1000 stores and remains a private business. Our success is down to our perseverance.”

A statement on Tesco’s website says it will reflect on the insights collected as it “takes what we’ve learnt and plan the next phases of our work to introduce reusable packaging solutions”.

Aldi also ended its packaging-free store in Ulverston in Cumbria and is also deciding what to do next.

Although neither grocer have suggested that the ending of the trial is linked to the cost-of-living crisis, one expert suggest that despite the refill products being sold at a comparable price to the packaged alternatives, shoppers often think such items are more expensive, which could act as a barrier to purchase.

“The nature of the cost-of-living crisis is such that boardrooms are being dominated by discussions about ‘how do we cope with the immediate urgency?’ but sustainability is still going to be very high up on retailers’ agendas. It’s not going anywhere,” she tells Retail Gazette.

Géhin says retailers are, and always have been, very good at responding to what’s on customers’ minds.

“Sadly, many customers are so preoccupied with cost of living that it takes precedence over sustainability concerns where they might have been happy to pay a small sustainability premium for something that was perceived to be Fairtrade or organic a few years ago.”

Iceland has been honest about its struggles and, rather than bury its head in the sand and hope people don’t notice that its sustainability deadlines have slipped, have admitted publicly they will be missed.

Lendrum says: “We’re being proactively transparent about the progress on the challenges we face with our suppliers and customers.” 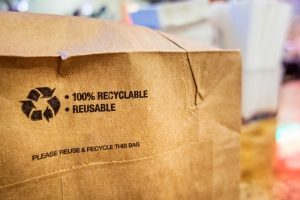 Transparency is very important because it prevents a backlash.

“Usually, the better and larger retailers who are subject to more scrutiny, have some interim milestones in place,” says Géhin.

“But if they miss those, there’s definitely a consumer backlash to greenwashing or making promises that you’re not living up to.”

KPMG’s UK head of retail Paul Martin agrees and says younger shoppers in particular do not take kindly to this. He cites research that found that  68% of consumers under 34 will spend more at retailers that are “demonstrating strong commitment to environmental and sustainability principles”.

“Younger consumers are much more unforgiving and passionate about these facts,” he says.

It’s not just consumers that retailers should worry about. Géhin points out that there is also the risk of a backlash from staff.

“Employees really care about this, especially the younger employees. There’s definitely a brand backlash to breaking pledges,” she says.

Despite Iceland missing its targets, Walker, a committed environmentalist and surfer who is also chair of Surfers Against Sewage, has no regrets over setting its ambitious goals.

“We absolutely fired the starting pistol in terms of corporate action on plastics, because up until then, the narrative from everyone else was, ‘we can recycle our way out of the problem’,” Walker explains.

“That is a complete false narrative. We understand that actually, what we need to do, is use less plastic and cut the production of plastic.”

And Iceland has made notable progress and has saved 850 tonnes of plastic to date.

Although it might take longer to get there, Walker is confident the retailer will meet its “unchanged plastic-free goal”.

Deadlines may have been missed but progress has been made in spite of a pandemic, cost-of-living crisis, war and supply chain chaos. When the storm finally dies down, retail can once again rise to the sustainability challenge. 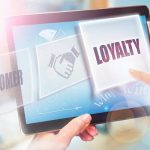 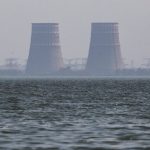 Next Article The operator of Ukraine’s nuclear plants says it faced an ambitious cyberattack.

“Same-day delivery supports our goals of meeting our customers where they are and delivering our product when and how they want it,” – Larry Grischow. […]

Walmart to introduce UK sellers to its online marketplace

With the prime tourist season upon us, this is the perfect opportunity for indie retailers nationwide to capitalize on gifts and impulse buys. Whether shoppers […]