Amazon is launching drone delivery in California, marking the retailer’s first drone debut in the U.S..

The news comes on the heels of competitors Walmart and Google/Alphabet Inc. already testing and using drone delivery, according to a Wall Street Journal report, and almost 10 years after Amazon first announced it would tap drones for delivery.

Amazon launched drone delivery nine years ago in England and got FAA approval two years ago for U.S. deployment, according to the WSJ.

The initial U.S. Amazon deliveries will be taking place in Lockeford, stated Amazon in a press release.

“If obstacles are identified, our drone will automatically change course to safely avoid them,” Amazon stated in a press release. “As our drone descends to deliver the package into a customer’s backyard, the drone ensures that there’s a small area around the delivery location that’s clear of any people, animals, or other obstacles.”

“The promise of drone delivery has often felt like science fiction. We’ve been working for almost a decade to make it a reality,” stated Amazon. “It took years of inventing, testing, and improving to develop these breakthrough technologies, and we’re excited to use them to make customer deliveries.”

Lockeford customers will see Prime Air-eligible items on Amazon when shopping on the site.

“For these deliveries, the drone will fly to the designated delivery location, descend to the customer’s backyard, and hover at a safe height. It will then safely release the package and rise back up to altitude,” stated Amazon. 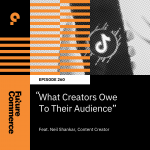 Previous Article “What Creators Owe To Their Audience” 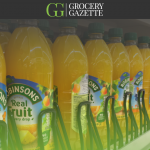 for the APAC region was slow. By comparison, many retailers around the world began focusing on their digital strategy two years ago when the pandemic […]

5 Ways To Ace A Store Refresh Of Your Retail Merchandising

When I lived in Los Angeles, I did business makeovers for the Los Angeles Times. Now that I speak and travel more, I only do […]

Building and maintaining great supplier relationships is a must if you want to stay competitive in retail. Having healthy relationships with these vendors helps ensure […]

Canadian Retail News From Around The Web For June 8th, 2022